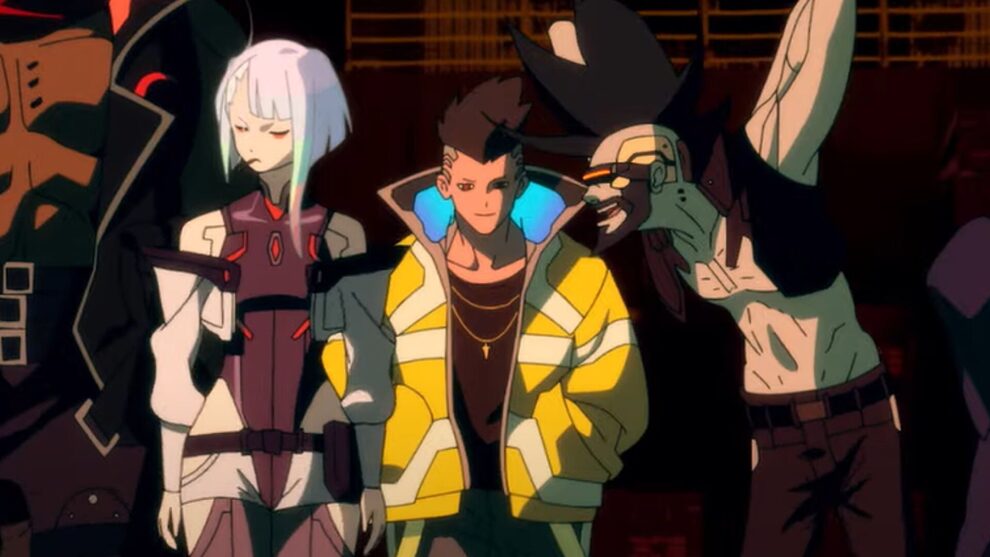 Cyberpunk Edgerunners has been a massive hit on Netflix and rightly so, it’s fantastic.

In an interview with CDPR’s Satoru Honma and Trigger’s Hiroyuki Imaishi, they discuss the making of the anime series. It’s an interesting insight into how this was pulled together by two different companies working in two completely different fields of expertise.

A word of warning though, if you have not watched Edgerunners yet, don’t read this as it’s littered with spoilers. Here’s a snip from the interview:

Honma: Rebecca is a character that wasn’t in the original script. It was made by TRIGGER.

ImaishiYes , we also submitted the design. In the case of 2D animation and TRIGGER’s anime-like character design, it’s very difficult to draw different characters. For example, if Panam, Judy, and Rogue stand side by side in a game, you’ll naturally be able to tell them apart. However, if you draw it with the distorted feeling of 2D animation, it will all look the same. Minor differences in age and the texture of clothes are all gone, and you can only distinguish them by color.

That’s why we intentionally create height and physique differences in anime. If you don’t do that properly, you won’t reach the point where the viewers can unconsciously identify the characters. That’s why I put out a short character like Rebecca.

Also, with Rebecca’s design, I made it so that you can tell at a glance that Lucy is the absolute heroine. Considering all that, she naturally became that kind of character. She has characters with long hands like Piraru, and she also has strangely large bodies like Maine.

In the interview, they also state that the anime series was conceived as a standalone project which means that the story is likely to end there which would seem fitting.

Homma : I personally would like to continue to work with Japanese studios and create more anime works, partly because they were very well received. However, to avoid misunderstanding, “Cyberpunk Edgerunners” is originally a standalone work, so there is no such thing as “I’m actually working on season 2 behind the scenes”. Even if we can make an anime in the future, I don’t know if it will be season 2 or a completely different work.